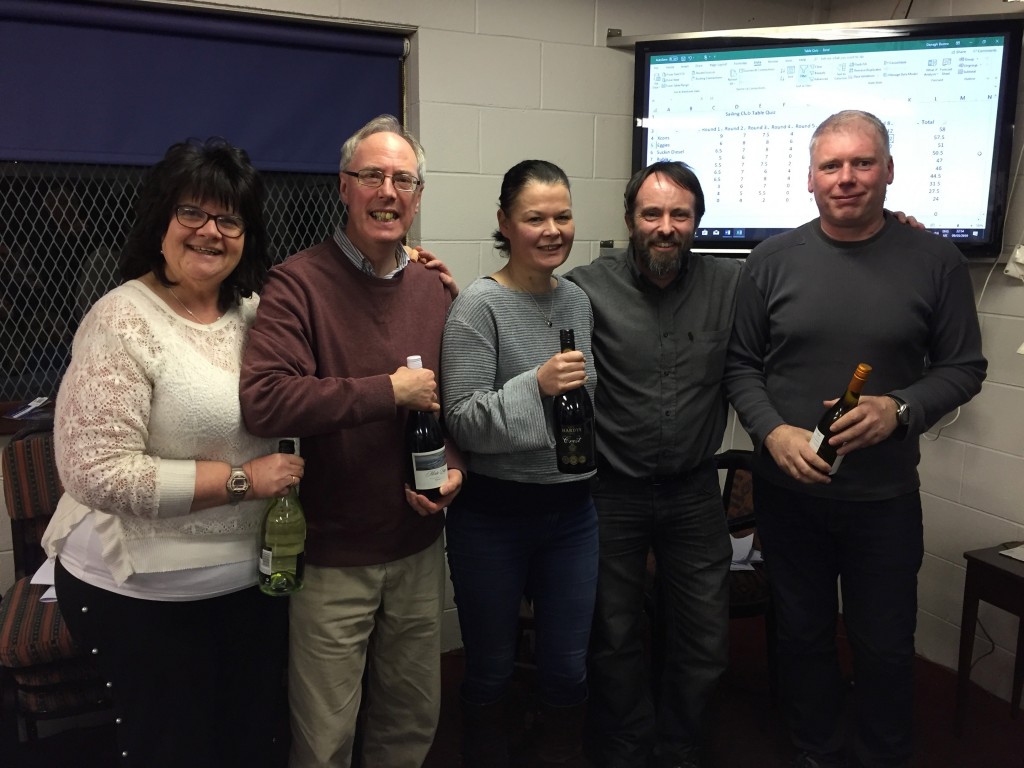 An enjoyable night had, everyone was a winner. But in a competitive spirit there can be only one winning team, Excons. The team comprising of back to back winner Jim, Maura, Stephen and Siobhan jumped straight in the lead with a strong first round. Answering “General Knowledge” about Martin “The General” Cahill’s biographer and the drivers of the “General Lee” they scored 9 out of 10.
The highest scoring round was only equaled by the Juniors. Team Guesswork won the “Portsmouth Yardstick” round. Somehow adults were familiar with Maui, Logdotzip and Skulduggery Pleasant. Although in the end they were fighting down the lower part of the table with a team of three, “The Sisters”.  Who along with  “The 3 Stooges” may have suffered from getting seat down the back and not enough teammates. Although that didn’t seem to bother “Patman” as last years Quizmaster scored well with only Amanda for company. Rubix, on the other hand, had a team. One of whom was a junior. They did get top score in the music lyrics round. While many recognised lyrics such as “I am sailing…”, “Let me sail…” and “Watchin’ in the ship roll in…” few recognised “Ship to Wreck” by Florence and the Machine. “Bar flies” score may have been better if they had not been tending and attending the bar. “Spinnaker” and “Suckin’ Diesel” were winners and losers in the mid-table battle.
But it was “Eggies” the challenged “Excons” throughout. At one point they took the lead by answering one of the “Questions you don’t know the answer to”, being very precise with the distance to the moon. In the end it was only half a point that separated the two teams. “Excons” taking the plaudits with a final total of 58 points.