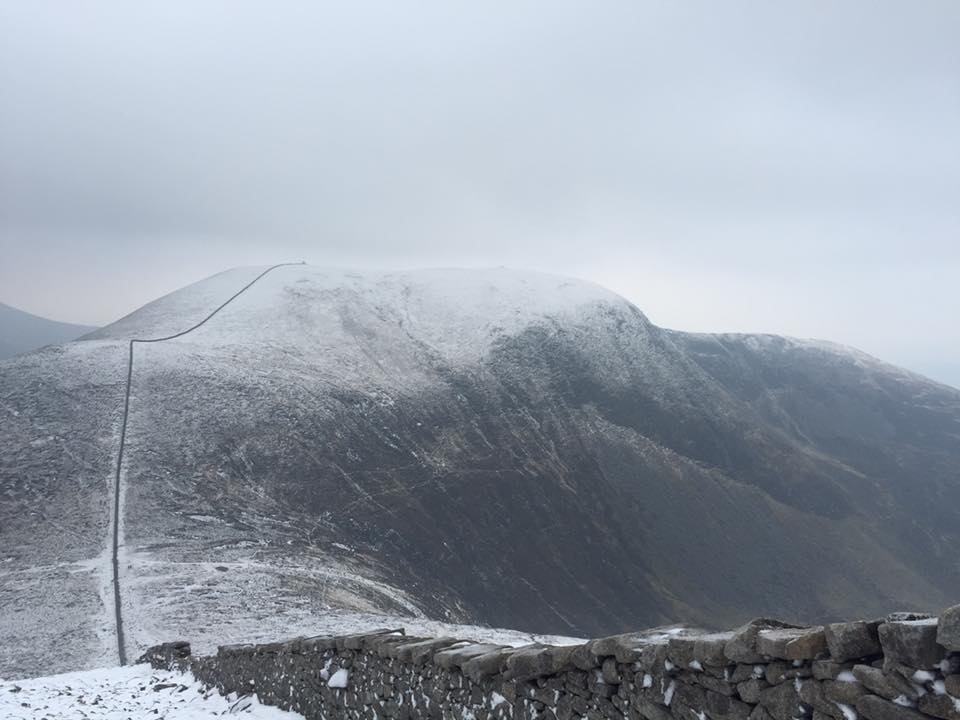 The Club held its 5thwalking weekend, based at the Tollymore National Outdoor Centre.  We had 40 participants lead by Peter Smyth, Michael Madigan and Donal Dwyer.

The mountain walk started at Bloody Bridge  up to the Mourne Wall there the group split with a large number climbing Slieve Donard (Ulster’s  highest mountain 853m). Both groups then continued on to the Castles and through Hares Gap and back to the Hostel via the Trassey Track and finally through Tollymore Forest just in time for the Irish /English rugby match.

Peter lead his group for a three and a half hour walk around the boundary of the forest park.

After the match we all got together for dinner and a few drinks ( a few to many for some !!!) Singing provided by Ann O’Connor and her Hot Gossip backing group, Peter entertained us with his singing and guitar playing. , Aideen, one of our visitors gave us two great numbers and last but not least Paul provided D.J. / Lighting Engineer services until 4 a.m.

Sunday was a fabulous day ,maybe too bright for many of us . Some were  a bit concerned when we ran into a team from the Game of Thrones in full costume and fully armed as we exited the Hostel.

The Hostel provided a great breakfast, which set us up for the day.  19 walkers set out at 10.30 and did the Spinkwee Walk. (approx. 3 hrs)

Unfortunately Robert Murphy  had the man  flu and was sorely missed by his herd of  Mountain Goats.

A special thanks to the staff of the Tollymore Hostel for taking great care of us  again.